First of all, I think congratulations are in order. If you are reading this, you have probably cracked one of the toughest exams in the world. After two years of hard work and challenges, you have finally succeeded! You have made it to one of the world's finest engineering colleges, the Indian Institutes of Technology.

Last two years must have been tough for you. You sacrificed on interaction with friends, computer games, movies, parties and what-nots. Now that the results of JEE Advanced are out, the time for an important decision has come. You have to choose which IIT and which branch to fill, keeping your rank in consideration. I am Pallav Agarwal, a sophomore from CSE, IIT Kanpur. I decided to write this article because I faced the same dilemma last year, and I have never EVER second guessed my decision since.

So, let me guess? You already want to go to IIT Bombay, don't you? Or IIT Delhi? After all, haven't your coaching teachers told you how IIT Bombay is the best? Or maybe you decided on the basis of last year's closing ranks. Because the fact is, the ranks though provide a general comparison of different institutes, they can be very misleading. If you follow the last few years' trends in closing ranks, you would see that more and more people seem to be going for metro cities for no other reason than the closing ranks of previous years. Don't forget that YOU will form the trend for the next year. No student is going to call you up and ask you if your decision was right or wrong, it will influence their decision anyway. 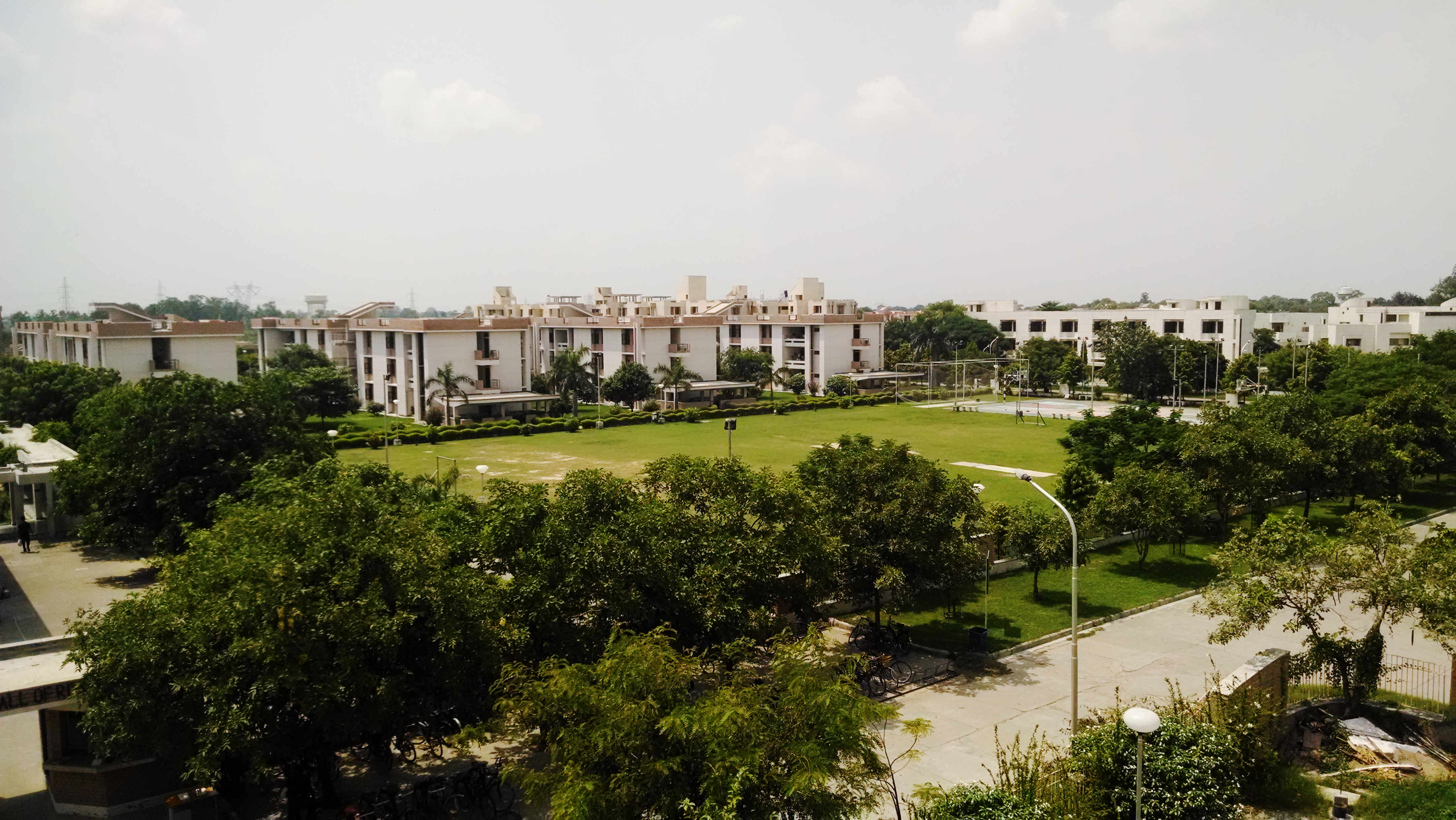 I'm writing this article to share my experiences about IIT Kanpur. Hopefully, after reading this, you will have a little better idea of why IITK will be the perfect college for you.

When I first came to IIT Kanpur, the thing that surprised me the most, is how huge the campus is. One year later, I've still not explored all of it. The campus is spread over 1055 acres, housing teachers, students and loads of peacocks and peahens. Located away from the hustle-bustle of Kanpur city, the campus itself is like a miniature city. IITK has a magnificent Airstrip and hangar. As a freshman, I rode in a motorised-glider sitting next to the pilot as a part of pre-orientation. It also has a Wind Tunnel, an Olympic sized swimming pool, and state of the art courts for badminton, tennis, basketball and pretty much all games.

The campus is very clean and is probably the only place in all of Kanpur from where you can see each and every star. This is a blessing because it makes for loads of memorable midnight walks.

There are none! IIT Kanpur is very liberal with such rules and there are absolutely no hostel timings. You can spend all night roaming with your friends, or studying in the library (During the mid/end-sems) if you want or playing DOTA in your dorms. Girls and Boys are allowed in each other's hostels. Unlike most IITs, there is NO LAN ban and no Download limits. Total amount of downloads in my first year would easily exceed 100 GB per month (According to my linux logs) and why wouldn't they? You get a whooping speed of 20 MBps (That's about 2 minutes for an HD movie download) on online downloads and about twice that on local network (DC++, LAN).

If that doesn't get you excited, don't worry, I have just scratched the tip of the iceberg. Let's start with your hobbies. In IITK, there are student bodies and hobby groups for everyone. It doesn't matter what you are good at -- Dramatics, Sports, Literature, Debates, Rubik's Cube, .. -- chances are, there's a group here to help you get better at that what you love. We love to joke that we spend all our time on campus because there is nothing outside it. However the fact is, we spend all time on campus, because we don't need to go outside. The campus has absolutely everything, so much that some students often don't even want to return home in holidays (myself included). Another thing I got involved in, when I came to IITK was Robocon. Every year, IIT Kanpur participates in some of India's best technical competitions and projects including (but not limited to) Robocon, SAE (Society of Automotive Engineers), AUV (Autonomous Underwater Vehicle), UAV (Unmanned Aerial Vehicles) etc. But what makes IITK special is that even first years are part of the team. In robocon, we went to Pune for the competition and it was an awesome feeling when 4th Year students of other colleges would come and ask us about our Bot. It was worth looking at their expressions when they realised that even our team's freshers have done so much work.

You have a family at IIT Kanpur, both figuratively and literally. At IITK, a group of 5/6 students is assigned a Student Guide (SG) who would be your 'baapu'. That might look like a small detail to you, but that usually means that the other 5 students are your 'bhai' and I think you can figure out who your 'chachu', 'dada', 'amma' would be. To the newcomers this might seem like a weird concept, but the bond you will make with your family will be unique and last forever. I still call my SG baapu, and I don't think I will ever call him by any other name. I'm used to that, and you will be too. That will also ensure that you know exactly who to ask for help when you have a problem, having trouble studying, need guidance about absolutely anything in campus. Remember that he would've lived in campus for one whole year, he'd have gone through almost everything you would.

For students who like working with computers, we have well equipped Labs in IITK to satisfy your wildest dreams. There are separate labs for students who prefer Windows or Linux. IIT Kanpur tries very hard to keep students from being distracted. Because if they do, it becomes very hard for them to recover. They also don't end up discovering the perfections of the campus, the artificial lakes and grass covered grounds. It also prevents them from interacting with their wingies, seniors and batchmates.

I already touched on this, but this needs to be said. In IITK, the opportunities you get even in the first year are enormous. This year, for example, in an event organised by Microsoft, named Code.Fun.Do had its winner team of four freshers (Yes, students from all years, all branches took part) (Full disclosure: I was one of the 4 members, with Kunal Kapila, Saksham Sharma). In most colleges, freshers don't get an opportunity to stand out, however in IITK, your Year and Branch doesn't matter. You could be a coder in BS Maths branch or a science wizard in CSE. You can still pursue what you like by taking another minor, dual majors or a branch change. The fact remains that once you come here, there are no limits. And once you start doing what you like, not only is the whole campus community incredibly supportive, but also helps you out whenever you want. We go to class in our slippers and roam the campus in trousers because it is our home and these things are allowed at home. We wear IIT Kanpur branded t-shirts, a LOT, because we are proud to be a part of it (and most of other clothes haven't been washed in days).

If you're still reading this, I must've been making sense. All I want to convey to you is that don't take this decision blindly. This one decision will shape your future from this very day. In the end try to choose a college you will enjoy. Having studied in IIT Kanpur for the past year, I can tell you, I sure did.

If you have any questions, feel free to ping me on facebook (pallavagarwal07). This year, I'd also be taking up responsibilities of a Student Guide and an Academic Mentor. I hope to see you at IIT.